Saffron Splash produced two award-winning films based on director Ann Huang's poetry books. The books gained wide acclaim in the film festival circuits. We strive to make avant-garde films that bring out the interconnection of our daily living with our unconscious selves, mainly through our dream state. Our long-term goal is to gain a wider audience and bring experimental shorts to everyday cinema and streaming platforms. 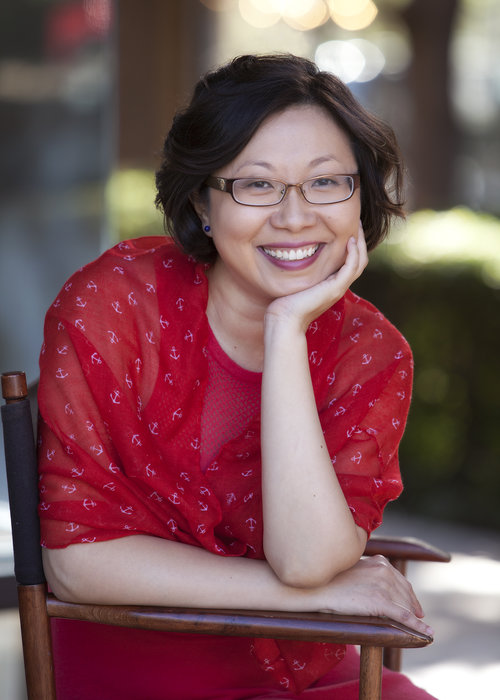 Ann Huang is an experimental filmmaker and poet based in Newport Beach, California. She was born in China, moved to Mexico as a teen, and later, to the United States. As an MFA recipient in Poetry from the Vermont College of Fine Arts, Huang’s poems have appeared extensively online and in print. She has authored one chapbook and two poetry collections. In addition, she has written and directed two short films based on her poetry. A third experimental short is currently in post-production. Huang's debut poetry film Palpitations of Dust won Best Experimental Film at the 2017 POPAA (Prince of Prestige Academy Award), Best Film Award at the Los Angeles Film & Script Festival, and Best Experimental Film at the LA Cinema Festival of Hollywood. Her poem “Night Lullaby,” was a finalist for the Ruth Stone Poetry Prize. Huang's book-length poetry collection, Saffron Splash, was selected as a finalist in the CSU Poetry Center's Open Book Poetry Competition. Huang's new poetry collection, A Shaft of Light, will be available in 2019. Her poems follow the surrealistic gestures that weave reality into divergent realms of perspectives and perceptions. Visit AnnHuang.com to discover more of her poetry collection.

I have always held a strong belief that dreams should not be thrown away as they become known to us, surreal and irrational as they seem to our consciousness, but instead, they need to be channeled to guide us to find our destiny.

From my personal living experience, I have been exposed to Wilfredo Lam’s house and Casa Azul, the house of Frida Kahlo and Diego Rivera, located in Mexico City’s San Angel Inn area, which is now populated by local artists. When I first saw Rene Magritte’s painting titled Homesickness there, I was in complete awe. In Magritte’s painting, the painter’s half-waking self with wings, the lamp post, the lion, all of them on a balcony in the night re-affirmed my homesickness over two decades ago when I left China for Mexico. I frequently dreamed about the balcony of my childhood apartment during the first year I moved to Mexico City. In my dreams, there were a lamp post and a lion, and I was hoping to climb down each time I visited that balcony. Then I realized that the dreams I was having were an indication of my homesickness about my homeland.

I view the process of writing and filmmaking very close to alchemy. It’s the melting pot of words, chosen visually and acoustically by using human psychic, psychology, myths and dreams that can hint at loss, pain, desire. Throughout the learning process of taking the Poetry program at VCFA, I rekindled my memory for childhood days of learning Chinese calligraphy, my first three-hundred memorized Chinese poems from Tang’ Dynasty, my Tai Chi classes with my grandfather, the Chinese Civil War songs my maternal grandma used to sing me lying half-paralyzed on her bed, where she remained for nearly a decade of her late life.

Surreal and sensuous, the emotional core felt under the surface of the page and on screen elucidates surprising sentiments by mingling dreams and reality. My poems (poem film subsequently) are intended for readers/audience to take time on introspection instead of speeding through it. If the readers were to navigate their memories with the attention to detail of their feeling, they would explore complex emotions in love, loss, happiness and adversity, with time given to reminisce and introspect by the rearview mirror of life. It’s like to re-live a childhood, those best moments, to experiment once again with the ability to detach oneself from the world as we know it, or return to it as some later point to consider it in a new way, with a deeper awareness of what it lacks to satisfy one’s desires.

I ponder the happenstances that could have taken place around us, which have been ignored. It’s a source of inspiration to think of things that would turn out the way they have been contemplated. I believe that the value of creative activity lies in the doing, in the act of making, rather than in the aesthetic significance of the things made. That was when my zest for filmmaking (based on my own poems) started.